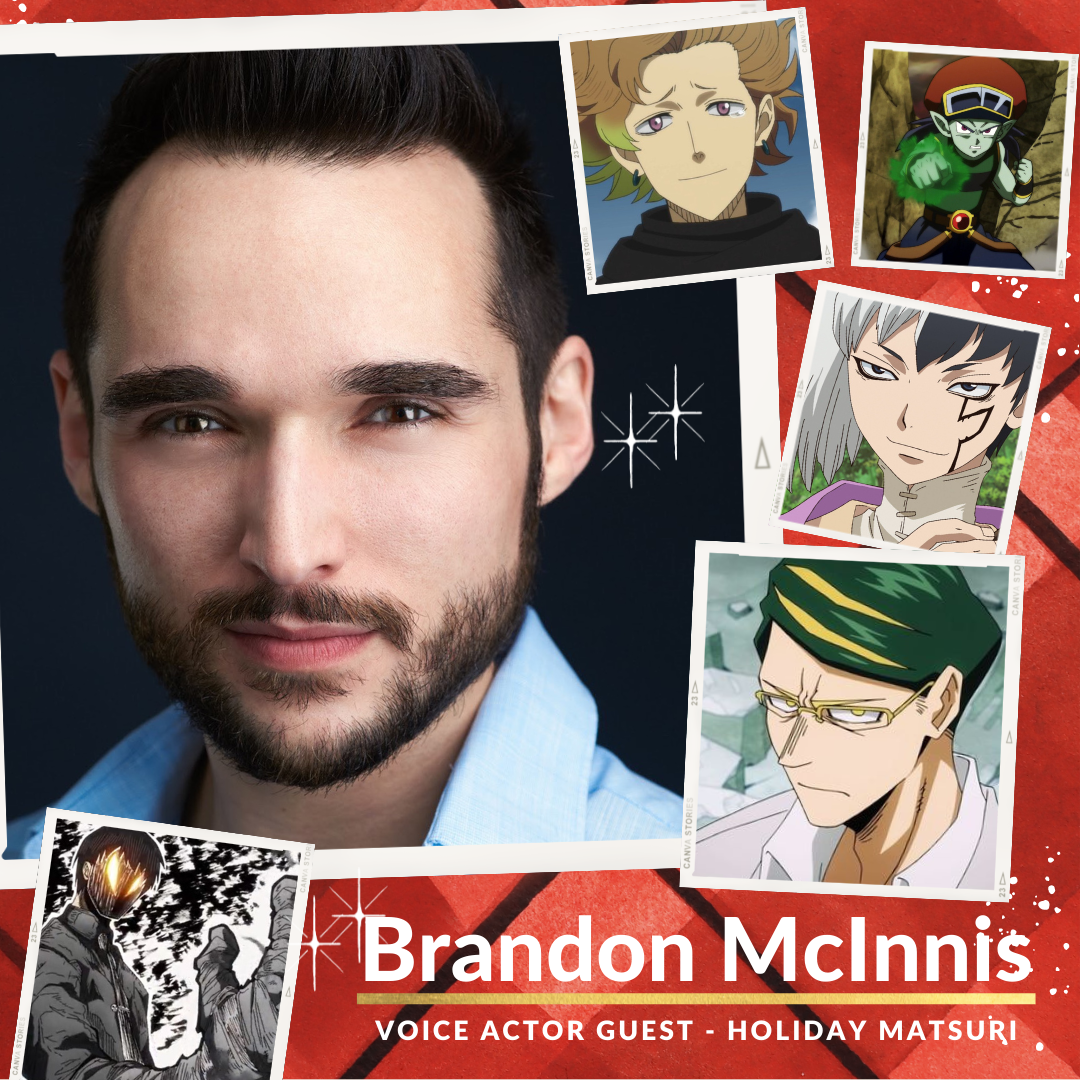 We are excited to announce Brandon McInnis will be a guest at Holiday Matsuri 2021!

With over 125 roles in anime and video games Brandon McInnis is an LA-based voice actor and singer most known for voicing characters on Toonami (Sir Nighteye in My Hero Academia, Finral in Black Clover, Gen in Dr. Stone, Ganos in Dragon Ball Super, Uncle Reaper in Fire Force) and his TikTok content (@branmci w/ >500k followers).

He regularly posts cover songs on YouTube (http://youtube.com/branmci) and Spotify (https://ffm.bio/branmci) and has released EPs of music originally from the anime Given and the Kingdom Hearts franchise.

Other roles include Xane in Fire Emblem Heroes, Dellinger in One Piece, Samon in Nanbaka, St. Germaine in Code Realize, Yuta in SSSS.Gridman, Yuta in Stars Align, Iketeru Daga in Life Lessons with Uramichi Oniisan, Yuna D. Kaito in Cardcaptor Sakura, and many more.