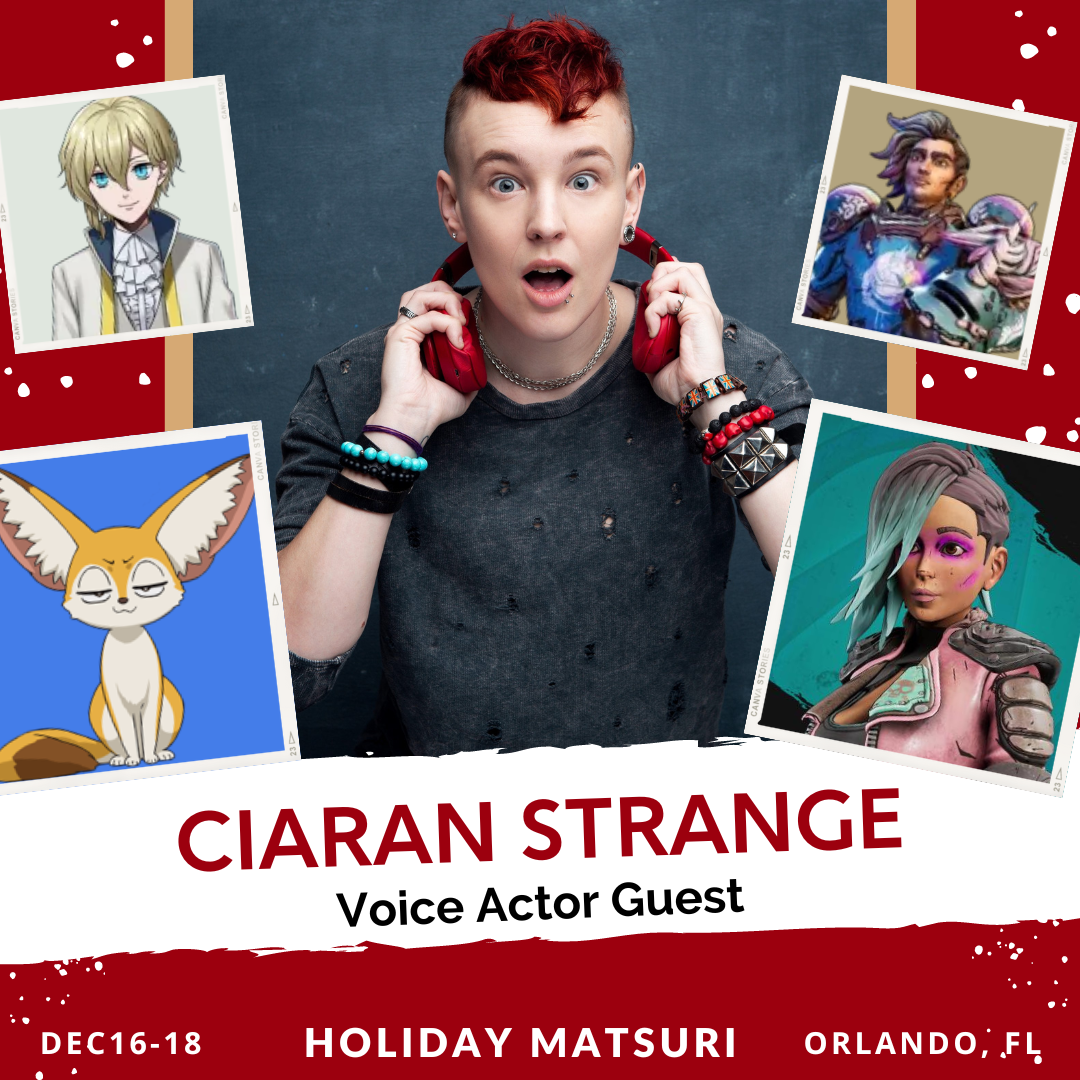 Meet the voice of Lorelei in Borderlands 3, Paladin Mike in Tiny Tina’s Wonderlands, Sketchy from SK8 the Infinity, Defrott from Mars Red, and many more!

At the tender age of seventeen, he left his family, friends, and English fishing village behind in order to chase his dreams across the Atlantic! The bed-headed redhead has become a familiar face throughout the American geek scene, in most parts via his music.

After touring the US, UK, Canada, and Japan, performing at hundreds of shows, conventions, and festivals, Ciarán joined forces with kindred artistic spirit Dave Kitsberg (Spoony Bards, Time Crash). The two are now delving into geeky covers and parodies, as well as writing fresh original concept material in all sub-genres of pop-rock.

Musical ventures aside, this British import to the States has been swept up in the launch of his LGBTQ+ urban sci-fi series. Its debut novel, Black Tie by Ciarán Strange, is an M/M political thriller he’s pitched as “gay James Bond navigating a world of superheroes”. An audiobook version [starring Jesse Nowack, Dani Chambers, Mike McFarland, Elisa Melendez, Ricco Fajardo, Brandon McInnis, Daman Mills, Tyson Rinehart, Emi Lo, Elizabeth Maxwell, Danielle McRae, and many more of your favorite voiceover stars from anime and gaming!] is due out early 2022!