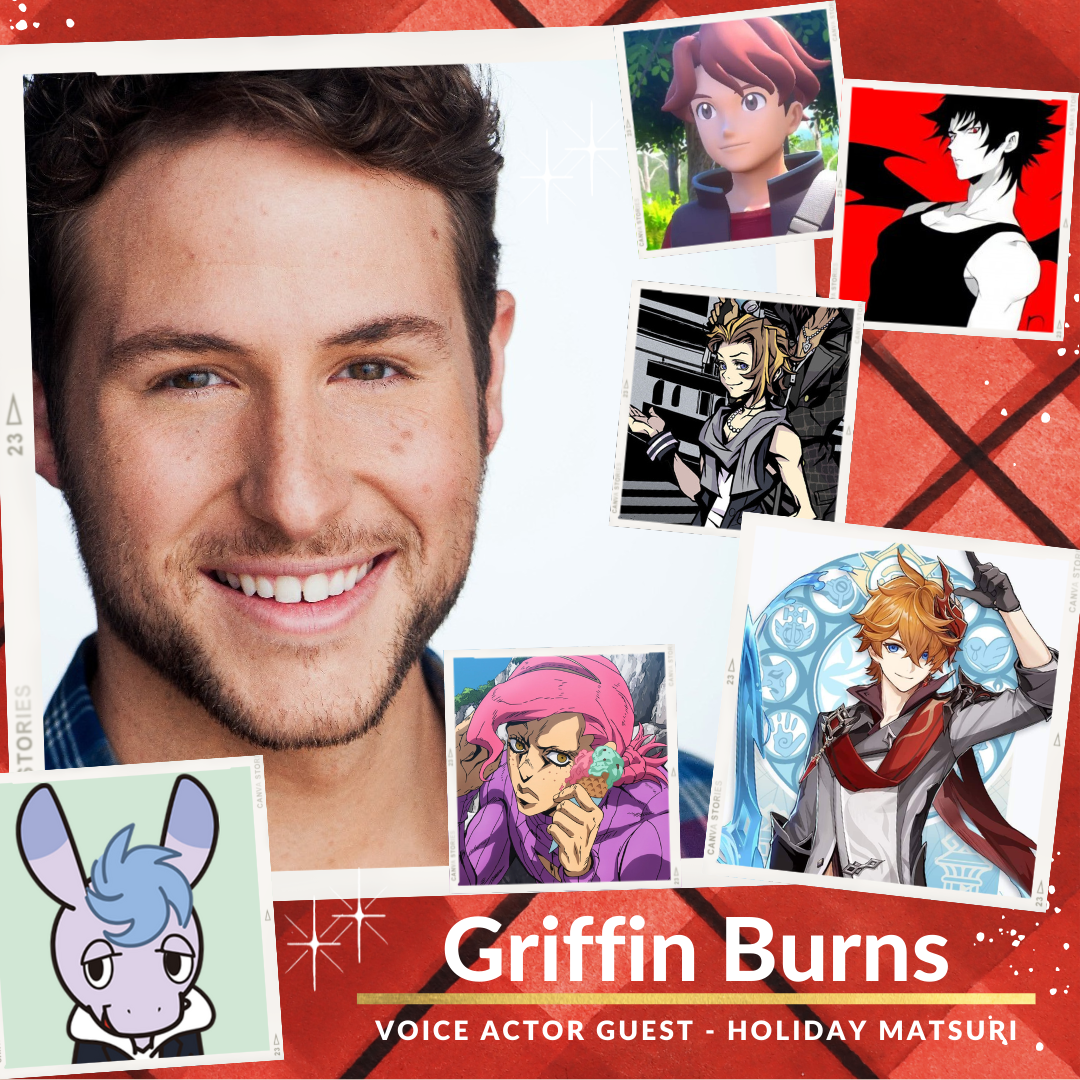 We are thrilled to announce the TikTok meme king sensation, Griffin Burns, will be a guest at Holiday Matsuri 2021!

Griffin Burns is an LA based voice actor & musician most known for his work as Childe in Genshin Impact, Doppio in Jojo’s Bizarre Adventure, Akira in Devilman Crybaby, Tadano in Aggretsuko and many, many others. He loves creating memes of his characters, (most notably of Childe), which have caused quite the buzz on TikTok and Twitter. When he’s not voicing anime/video games, he enjoys singing/playing guitar in his band New New Girlfriend. Griffin is always down to engage with his fans, so drop him a line and say hi!