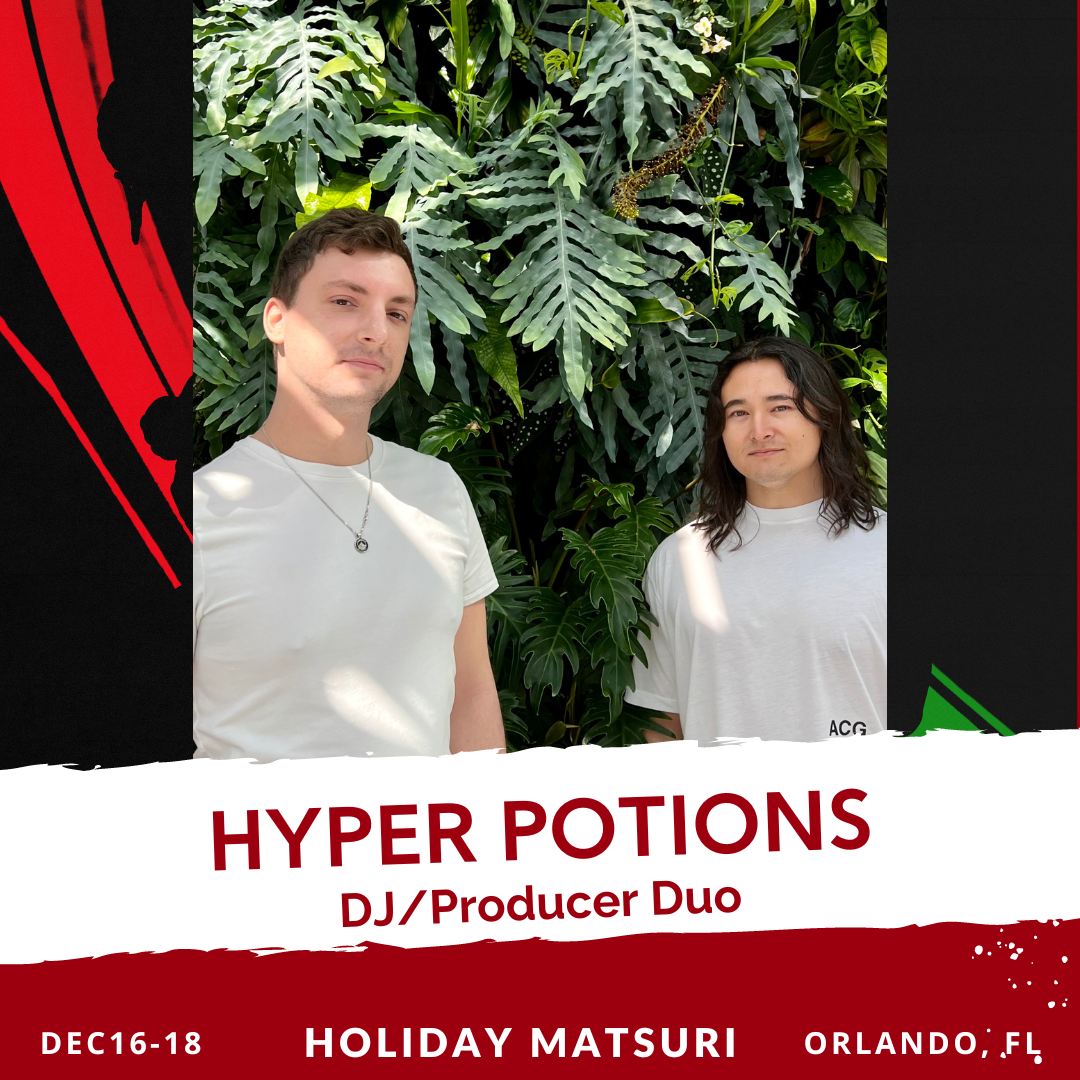 Hyper Potions is an American electronic composer and DJ duo comprised of Ian Tsuchiura and Kevil Villecco. Formed in 2014, they developed a signature sound that fuses their love for anime and video games with EDM.

The two are notable for their contribution to the Sonic The Hedgehog franchise, including Sonic Mania and the Sonic the Hedgehog move.

In addition, they have also composed tracks for games like league of legends and Rocket League, and their music featured on Cartoon Network and Disney Channel