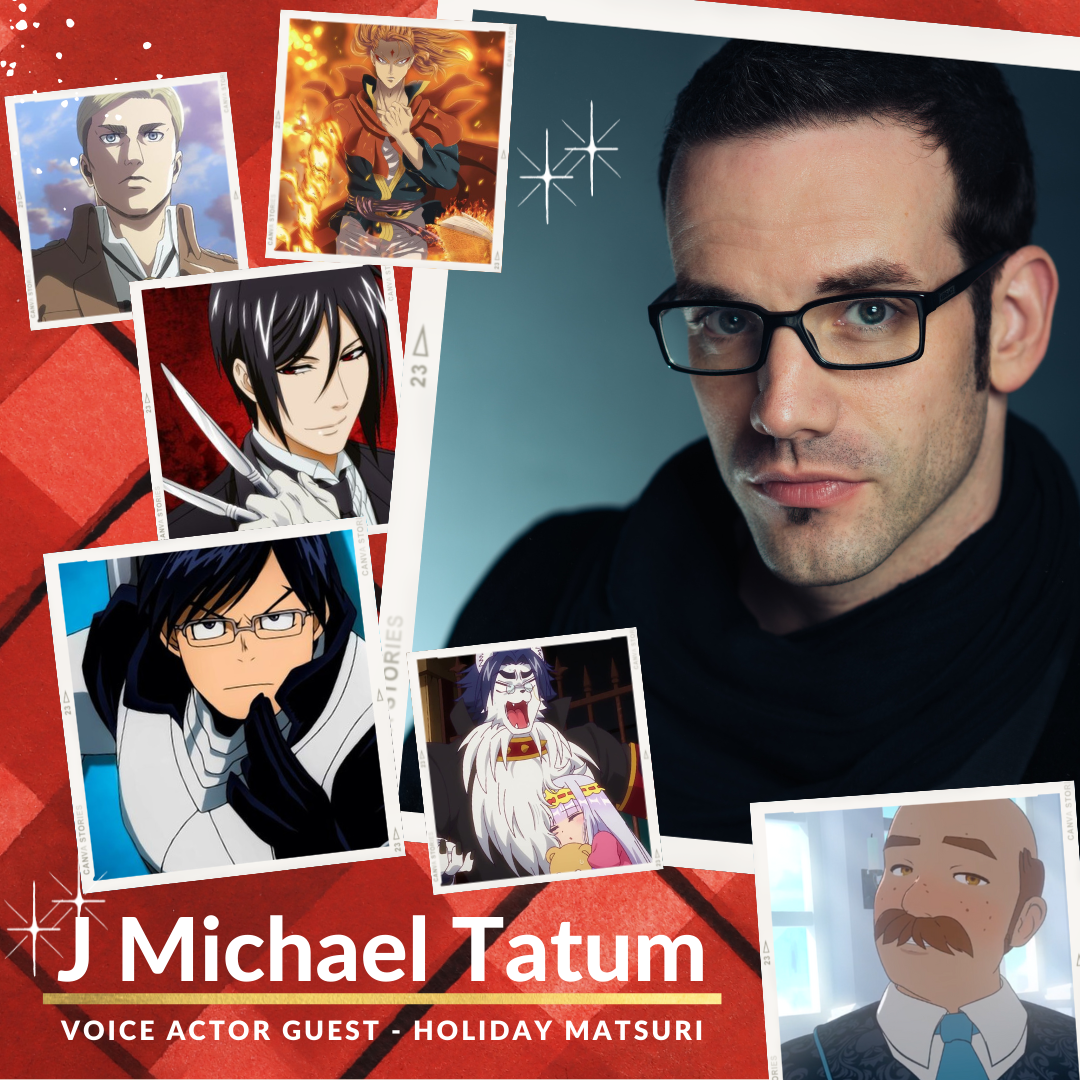 Meet the voice of My Hero Academia’s Tenya Iida, Sebastian from Black Butler, Doumeki in XXXHolic, Scar in FullMetal Alchemist: Brotherhood, Erwin in Attack on Titan, Rei in Free! and many more!

Nurtured on anime classics from the tender age of Star Blazers, this reclusive actor/writer spent more years than he cares to remember in what might charitably be called free-fall before landing, mostly by accident, smack dab on the industry of his dreams. To this day, some believe the small crater made by the impact remains the source of his power.

Cast as Rikichi in 2005’s Samurai 7, Tatum’s inexplicable luck has held long enough to see his flag hoisted on a slew of dream roles, most notably Kyoya Otori in Ouran High School Host Club, suave, demonic Sebastian Michaelis in Black Butler, France in the Hetalia franchise, Tomoe from Kamisama Kiss, and the equal parts maniacal/vulnerable Okarin Rintarou from Steins;Gate. More recently, Tatum can be heard in the epic My Hero Academia as Teyna Iida.

Other characters the man still can’t believe he’s had the crazy good fortune to play include: Doumeki in XXXHolic, Jiro Mochizuki in Black Blood Brothers, Isaac Dian in Baccano!, both God Eneru and Dalton in One Piece, Komui Lee in D-Gray Man, Dororo in Sgt. Frog, the titular loveable savage of Heroic Age, Ryosuke Takahashi in Initial D, Lawrence Kraft in Spice and Wolf, Zarbon in Dragon Ball Z Kai, and Scar in Full Metal Alchemist: Brotherhood. His vocal “stylings,” much to the chagrin of drama teachers everywhere, he’s sure, have also been featured in Romeo X Juliet, Speed Grapher, Trinity Blood, Kenichi: The Mightiest Disciple, Black Cat, Nabari no Ou, Ghost Hunt, School Rumble, The Tower of Druaga, Aquarion, Tsubasa: Reservoir Chronicles, Shuffle, Shigurui, Glass Fleet, Mushishi, Soul Eater, along with feature- length films such as Vexille, Summer Wars, Dragon Age: Dawn of the Seeker, and Empire of Corpses, among many others. His videogame credits include Sir Hammerlock from the Borderlands franchise, Julius Kresnik from Tales of Xillia 2, Mr. Foster from Killing Floor 2, Kelvin and Pendles from Battleborn, and fifteen playable characters from SMITE.

Ever the workaholic, Tatum is currently burning the midnight oil on a number of exciting projects due for release later this year. He also co-hosts Ghoul Intentions, a spooky podcast dedicated to creeping you out. And before you ask, the “J” stands for… Well, it stands for whatever you’d like it to.