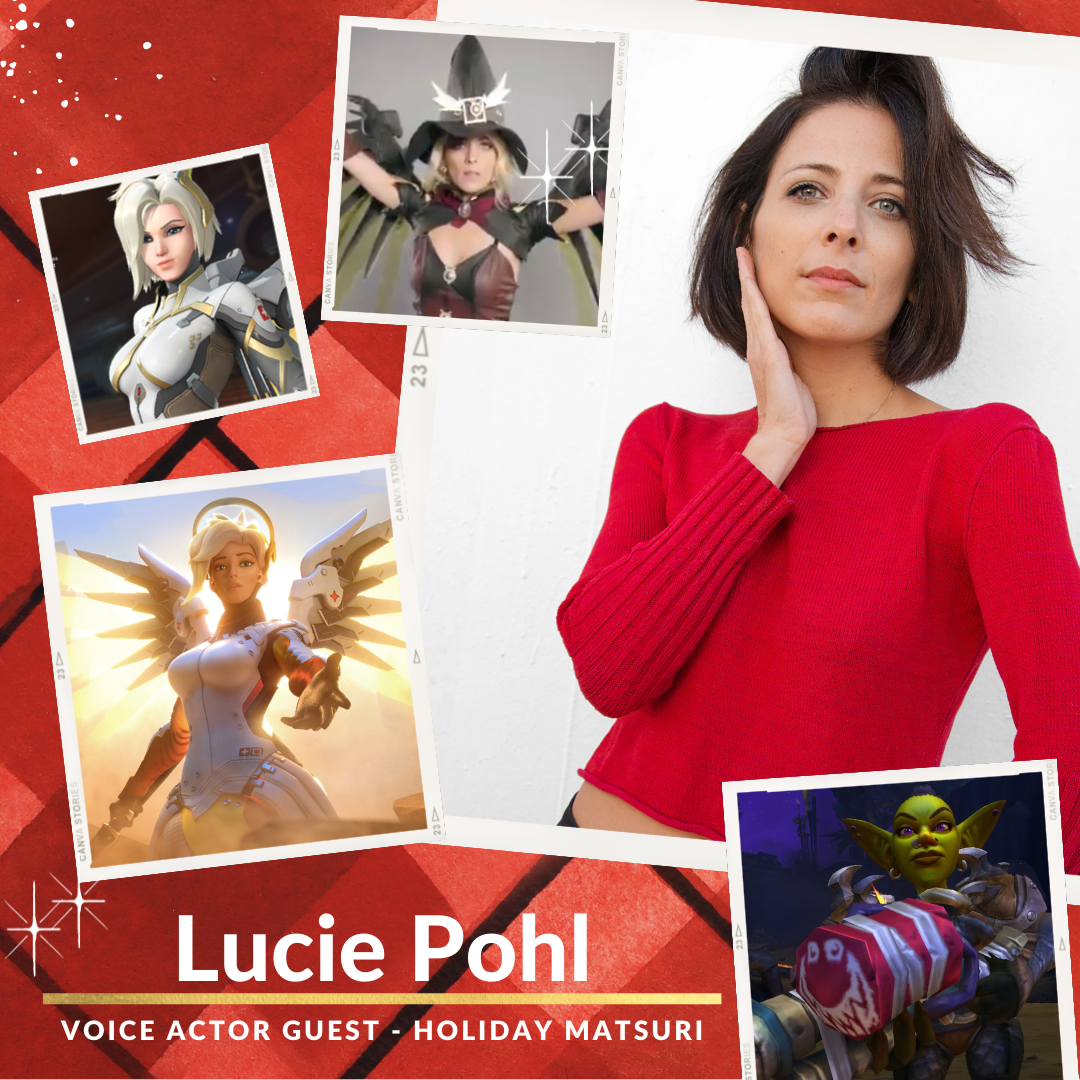 Lucie Pohl is a German-born-NYC-raised comedian, actor and writer and the voice of Mercy in Blizzard’s Overwatch, Rixxa Fluxflame in World of Warcraft Battle for Azeroth, as well as various characters in Red Dead Redemption 2, Hearthstone and the upcoming WB’s Gotham Knights. On screen Lucie has appeared in Red Dwarf XI, Homeland, Fantastic Beasts And Where to Find Them a.o.

Her award winning comedy shows have toured internationally, as well as running Off Broadway and on London’s West End. Since 2020 Lucie has entertained her fans on her twitch channel @ulovelucie with weekly comedy and game shows.