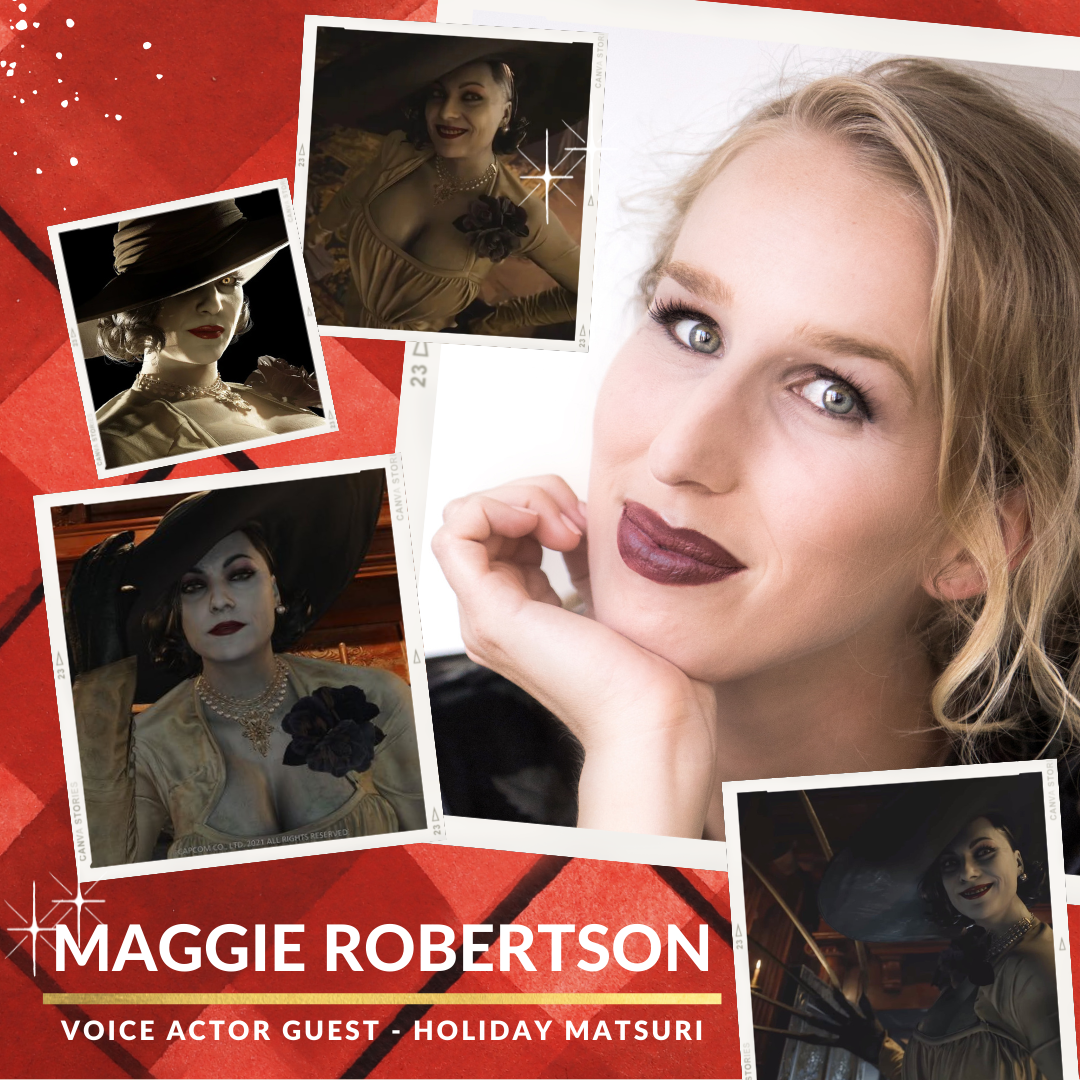 The next Voice Actor to join the Holiday Matsuri 2021 is the voice of Lady Dimitrescu, Maggie Robertson!

Maggie Robertson took the gaming and VO world by storm with her voice and motion capture performance portraying the iconic villain and fan favorite, Lady Dimitrescu, in Capcom’s RESIDENT EVIL VILLAGE (2021). With a performance that was lauded by fans and critics alike, Maggie became an overnight internet sensation and the subject of memes, press interviews and even thirst tweets.

She can most recently be seen doing the mocap performance of Runway in Hi-Rez Studio’s ROGUE COMPANY (2021). The coming year holds several prominent but unannounced projects for her, from gaming and animation, to superheroes and musicals.

Maggie received her MA in Classical Acting from the London Academy of Music & the Dramatic Art (LAMDA), joining the ranks of other notable alumni like Benedict Cumberbatch, David Oyelowo, Brian Cox, Ruth Wilson, Chiwetel Ejiofor, and John Lithgow. After graduating, Maggie moved to Los Angeles and has been acting in film, television and games since then.