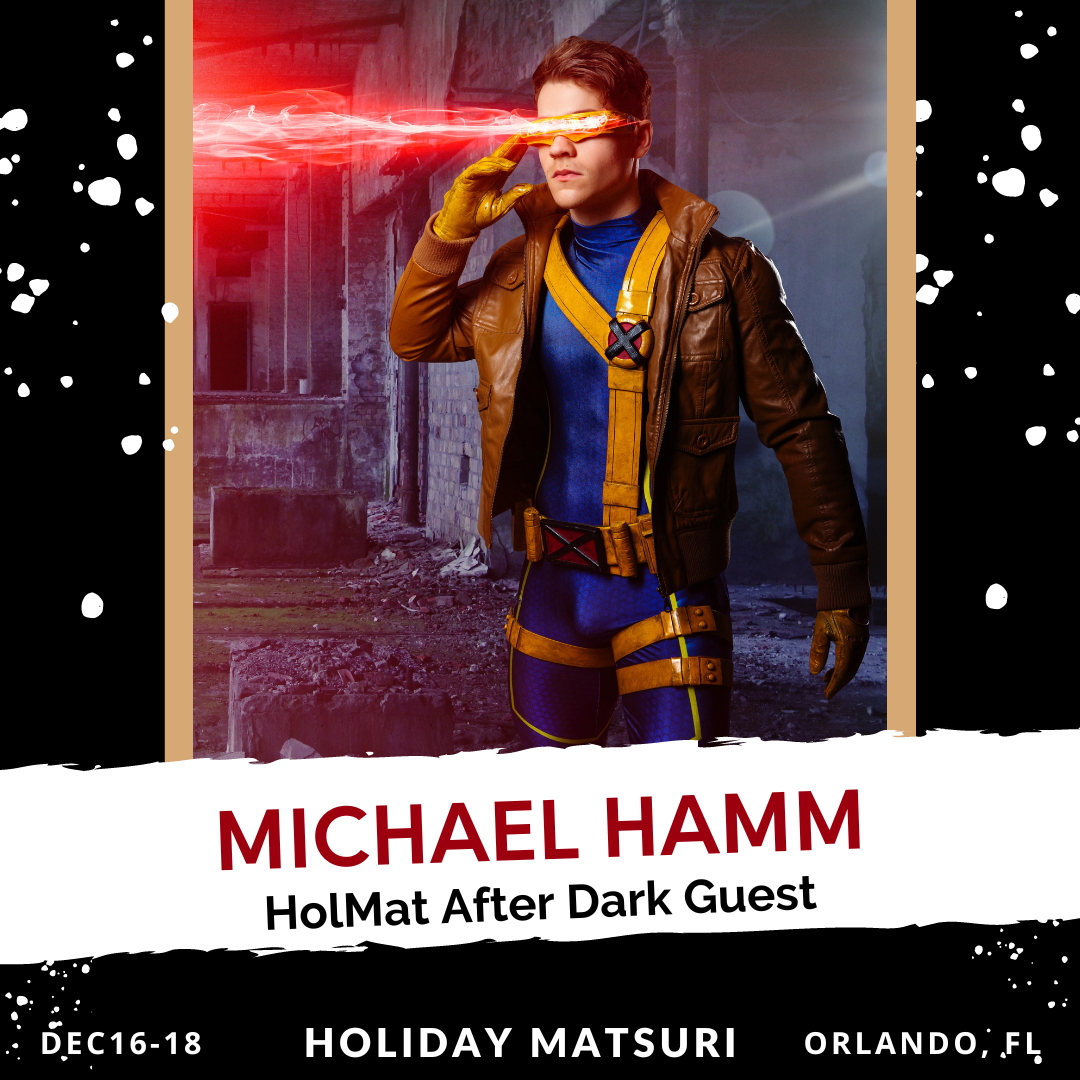 Michael Hamm is a geek, model, Cosplayer, and social media personality from the beautiful city of Halifax, Nova Scotia.

Michael Hamm is a geek, model, Cosplayer, and social media personality from the beautiful city of Halifax, Nova Scotia. Spending his entire life surrounded and obsessed with comic books, cartoons, and action figures, Michael’s passion for geekdom hit a peak when he attended his fist Comic book convention in 2009.

First attending conventions strictly as a fan, it wasn’t until 2013 at his hometown convention of Hal-Con that Michael fell in love with Cosplay.

Always excitedly, and impatiently waiting for Halloween Michael was ecstatic to get the chance to dress as his favorite characters more than once a year.

With the support of his friends and family, Michael built a Robin costume that would later go slightly viral causing him to start a fan page due to the overwhelming friend requests. 8 years, and over 50 costumes later there is no looking back as Michael has been able to take what was once a hobby and turn it into a full time job.

Whether an invited guest, a panelist, a judge, or just a fan, Michael strives to promote that Cosplay is about more than costumes, it’s about enjoying your passions and doing whatever makes you happy.