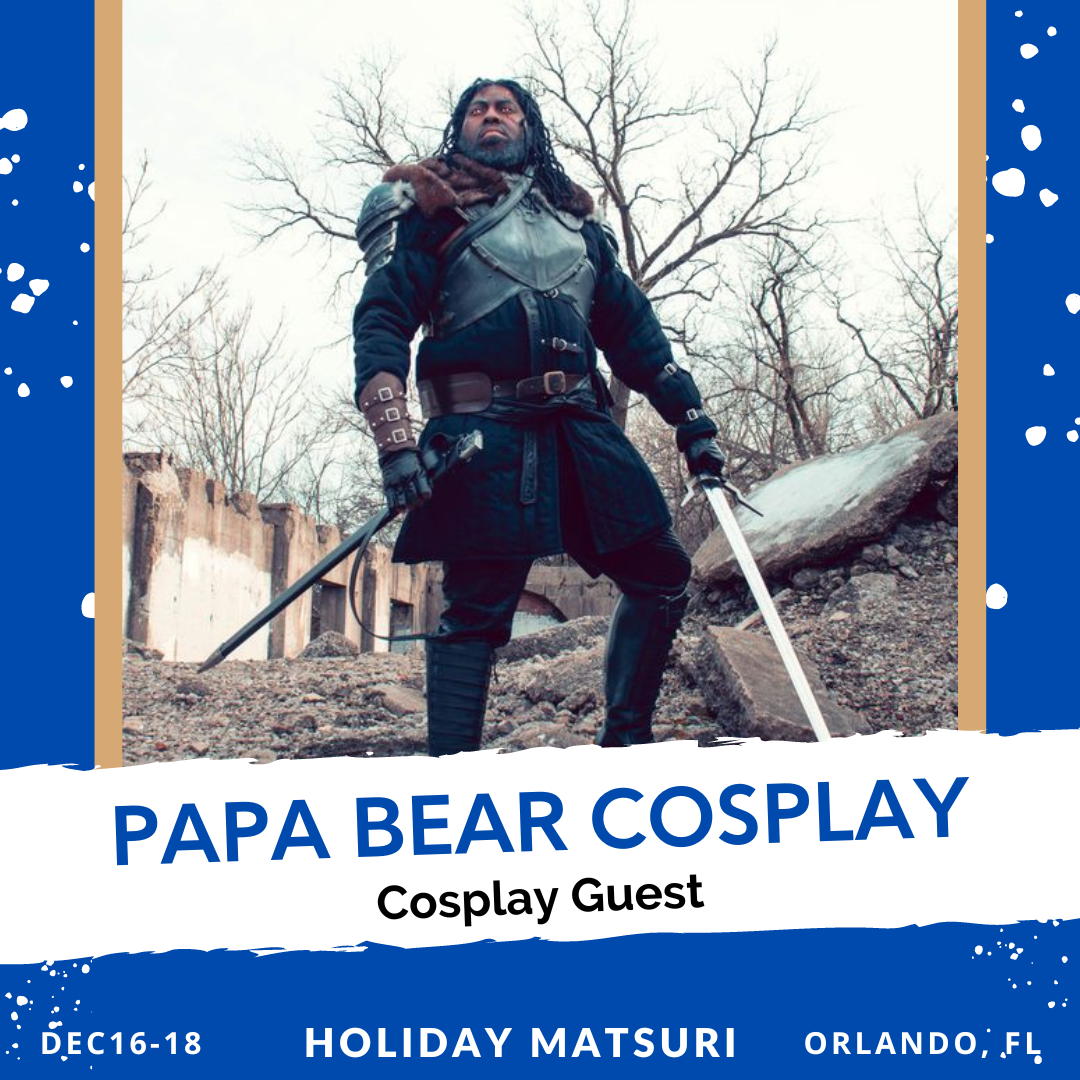 Award winning cosplayer and craftsman with a mission to spread positivity within the cosplay community. Fueled by a passion for helping others Papa Bear volunteers at charity events, hosts free cosplay workshops, and has been judging worldwide cosplay competitions for over 7 years.

Chris “Papa Bear” English began his journey into cosplay with a mission to spread positivity, promote community growth, education, inclusion, and diversity in the cosplay scene. Fueled by the love for the craft, and a passion for helping others, Papa Bear has been heavily involved within the cosplay community volunteering at charity events as a member of the Costumers with a Cause organization, hosting free cosplay workshops to cosplayers and is a Co-founder of Chicago P.O.C. Cosplayers.

Papa Bear has gone on to be featured on the SyFy Channel, is a Cosplay affiliate for TNT cosplay supply, Misty Mountain gaming, and Warner Bros., was the official mascot for C2E2, an international cosplay guest, lead cosplay programmer, internationally published, has been judging worldwide cosplay competitions for over 7 years, won multiple awards, and has no plans on slowing down.