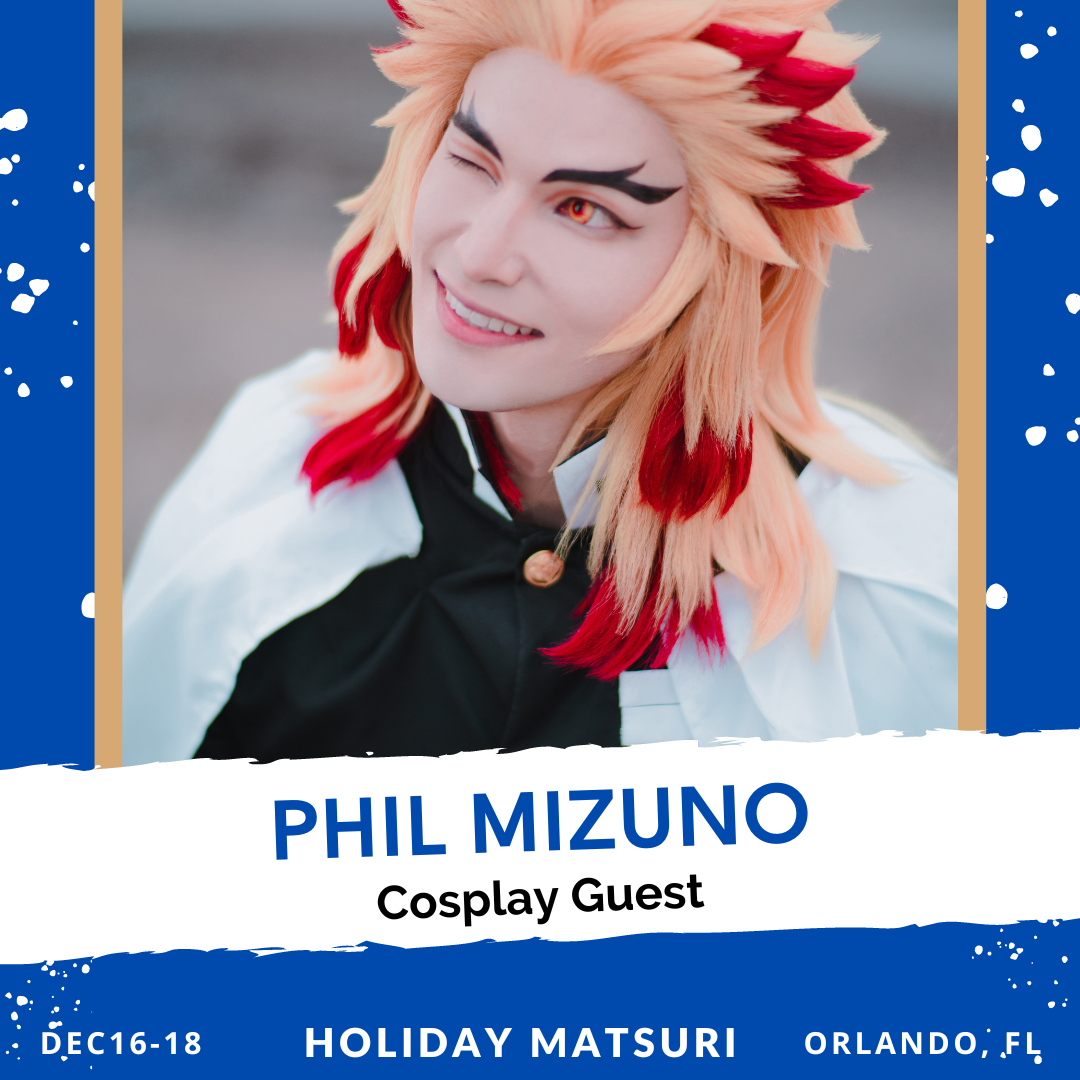 Phil Mizuno is a Canadian cosplayer who followed his heart, and is pursuing his passion of cosplay to help inspire others. He has been cosplaying for 6 years, and creates his beautiful costumes in Toronto, Ontario (Canada).
Throughout 2018-2019, he has had the privilege to be a cosplay guest at over 60 different conventions, which include Canada, USA, Middle East, Asia, Mexico, Central America, South America, and Europe.

During 2020, Phil became part of the Twitch partner program; expanding beyond cosplay into the live-streaming world. He has become an accomplished streamer, and has now introduced his VTube model and OC “Aki” to the world through his regular streams.