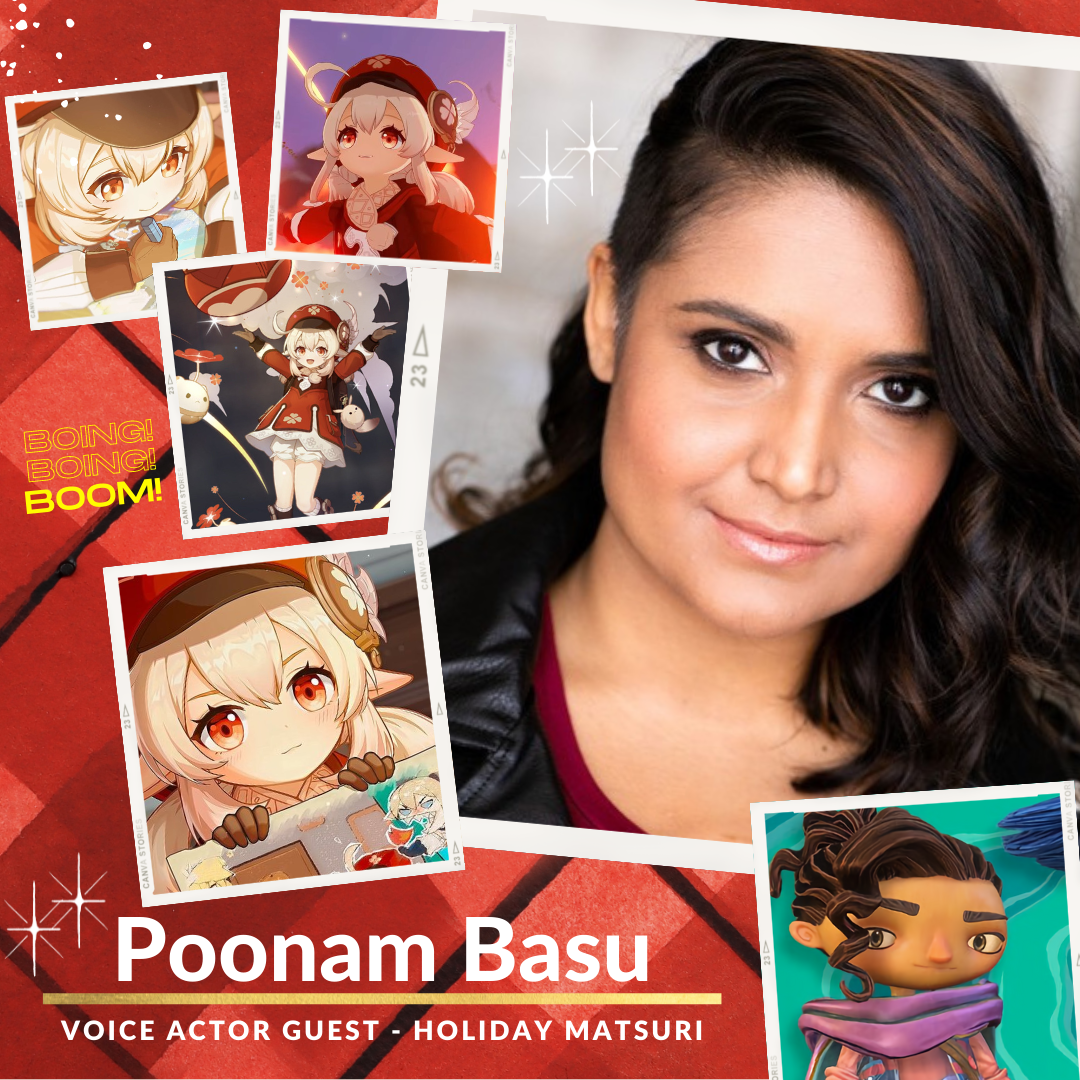 Boing-Boing-Booming into Holiday Matsuri is the English voice actor of Klee from Genshin Impact, Poonam Basu!

Poonam has voiced roles in the UglyDolls, Laurie in the DreamWorksTV series Laurie the Lousy Fairy, as well as characters in Call of Duty and the much anticipated Psychonauts 2!

A fan favorite in 2021 for her role of Klee in mega-hit video game Genshin Impact, Poonam Basu has voiced roles in the UglyDolls studio feature film opp Kelly Clarkson and Nick Jonas, is the series lead Laurie in the DreamWorksTV series Laurie the Lousy Fairy, as well as characters in Call of Duty and the much anticipated Psychonauts 2! She is also the lead character in an anime miniseries entitled Life After Bob: the Chalice Study, premiering in the US at The Shed NY in September. On Camera bookings over the last year include CBS S.W.A.T. r/o Hawxhurst, Splitting Up Together opp Jenna Fischer as well as an appearance on NBC’s Good Girls! She also appeared in FX’s Baskets opp Emmy winner Louis Anderson and performed “This Is Me” live at ABC’s Academy Awards with The Greatest Showman’s Keala Settle. With memorable roles on Parks and Rec, Bad Judge, and Y&R, Poonam also acted opp Julianne Moore in feature film The English Teacher. A four-time Best Actress nominee, Poonam speaks conversational Spanish, Bengali, and Hindi, starred in a Student Emmy nominated short, and is a dancer who studied Sevillanas in Spain and Bharatnatyam in India. She’s an Equity actor both Off Broadway and Touring, recently performing at the Kirk Douglas Theatre opp Emily Swallow and Amir Arison.