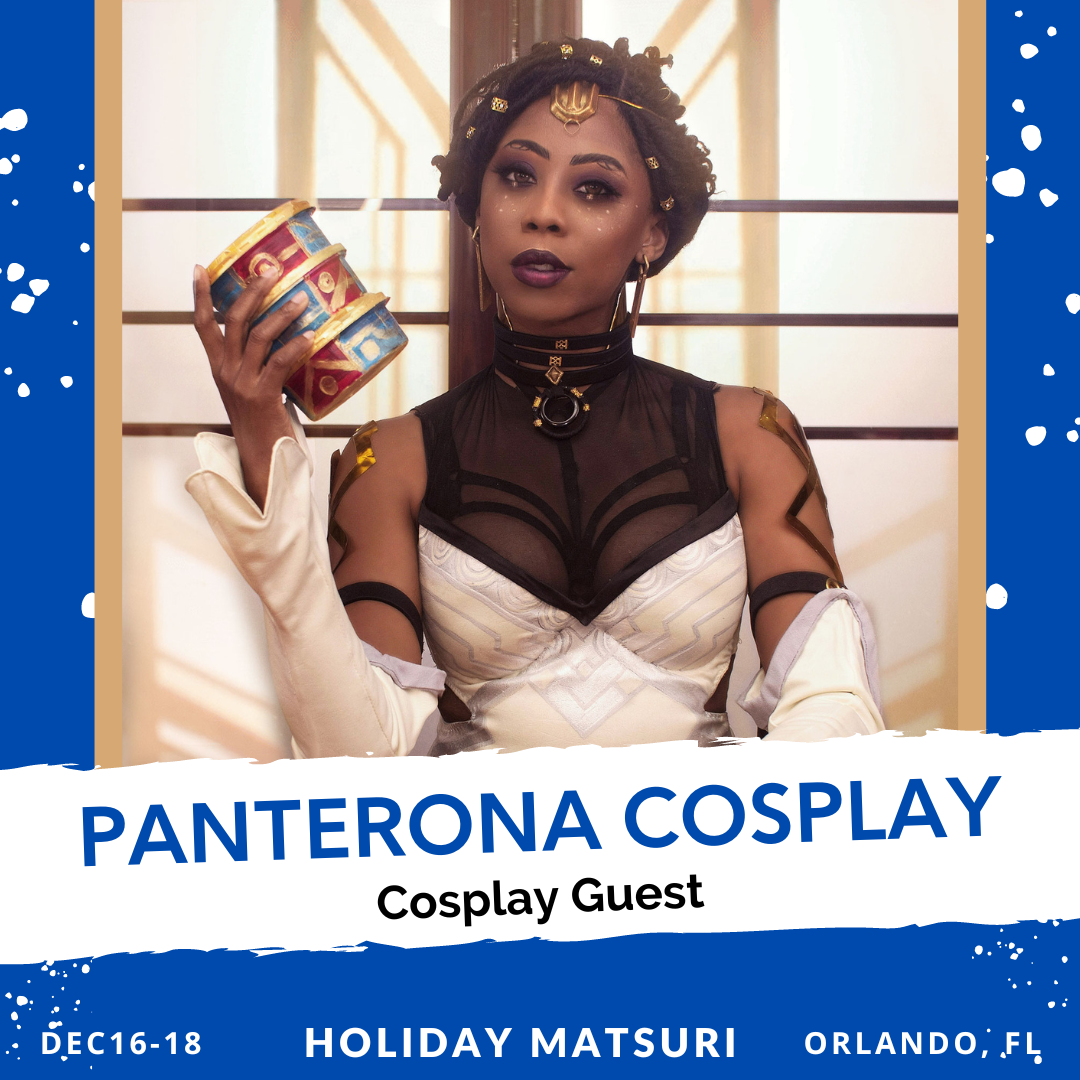 We are excited to announce @panteronacosplay as a guest for HolidayMatsuri 2022!

Panterona is an award winning cosplayer, fashion/costume designer and convention organiser from the Caribbean islands of Trinidad and Tobago. She has been actively cosplaying for the past 17 years and has created a plethora of costumes of varying technical difficulty, from the worlds of anime, comics, cartoons, games and much more. She has won a number of cosplay competitions in the Caribbean as well as the London Film and Comic Con Cosplay Championships in 2015 and most recently won the Best Modern Creation Category at Blizzconline 2021. She has travelled to conventions and judged cosplay competitions around the world from the Caribbean to the United Kingdom, Italy, The United States, Canada and Japan! She has also been the resident Head Judge for the Caribbean Cosplay Championships from its inception for the past five years.

Panterona has produced numerous Ready to Wear and Carnival Monday wear collections over the past 8 years. Her talents in costume design and construction were also showcased as the Head of the first ever cosplay Carnival band in the Caribbean in 2018. The Band went on to place fourth in the National Carnival Commission Parade of the Bands Competition, which is the biggest Carnival Competition in the Caribbean.

Panterona is also the Executive Director of the biggest pop culture convention in her country, “ALIAS Entertainment Expo” and the Editor in Chief of the only pop culture magazine of its kind in the English Speaking Caribbean, ALIAS Magazine.

She has also Co-directed and produced a television program following cosplayers as they created their competition pieces for both the Caribbean Cosplay Championships and the World Cosplay Summit Preliminaries in Trinidad and Tobago called “Project ALIAS”. This show was broadcast for two seasons on the biggest local television channel ‘TV6’.

Panterona sees cosplay as the perfect avenue for creative self expression and believes that anyone can become whoever they want to be regardless of race, size, gender etc and uses her platform to inspire and encourage acceptance and equality within the cosplay and pop culture community.

Workshops and Panel Hosting and MCing