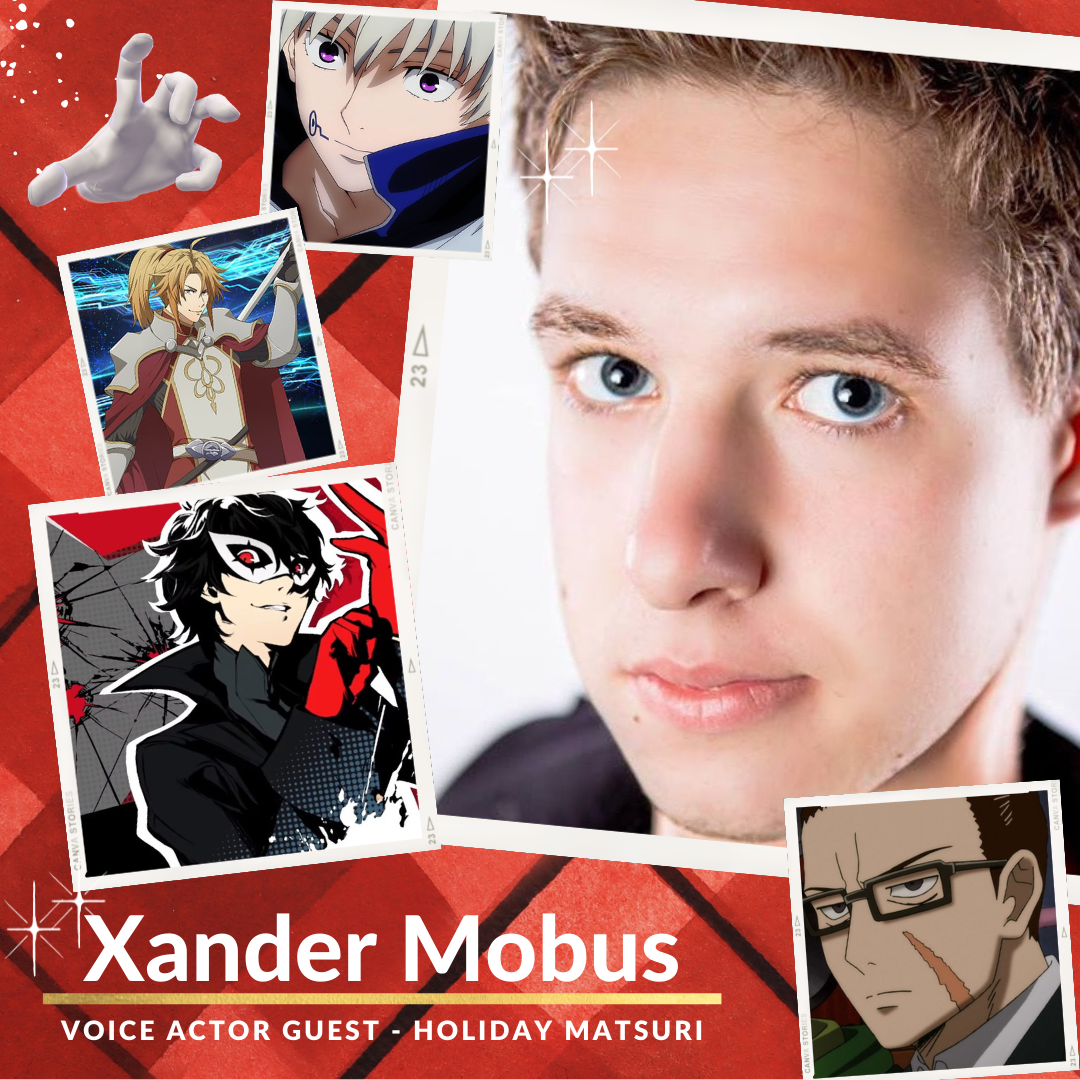 We are elated to announce Xander Mobus will be a guest at HolidayMatsuri2021!