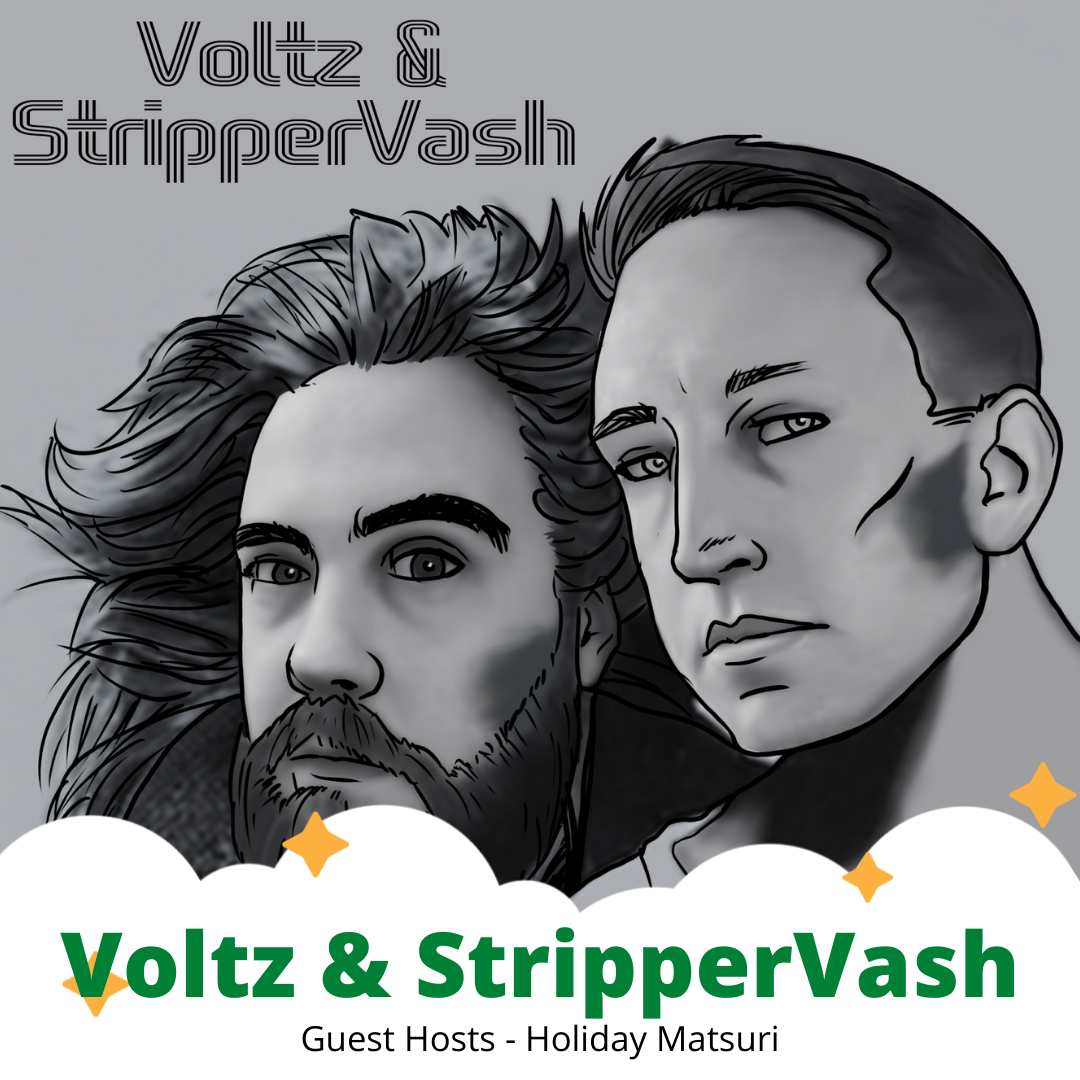 Voltz and StripperVash (Jim and Zach) are cosplayers/hosts, originally from the Chicago area, known for being “those sort-of funny guys between the dance skits”. They’re incredibly excited to return to HolMat for their second year, and even more excited to celebrate the holiday seasons with all of you! Their primary goal is to make sure that you have a great time at whatever event they are hosting. Their secondary goal is to one day own a complete set of the Star Wars glasses from Burger King in the seventies and eighties. Anyways, it’s those guys.