Please give a warm welcome back to Chad and Sammy of Hoku Props!

Chad and Sammy will be joining HolMat staff in the Cosplay Academy, Co-Founder & Judge at the Ultimate Cosplay Online Championship, Winter Cosplay Crown Judges, and will be signing autographs at the UCC booth in the Guest Alley! 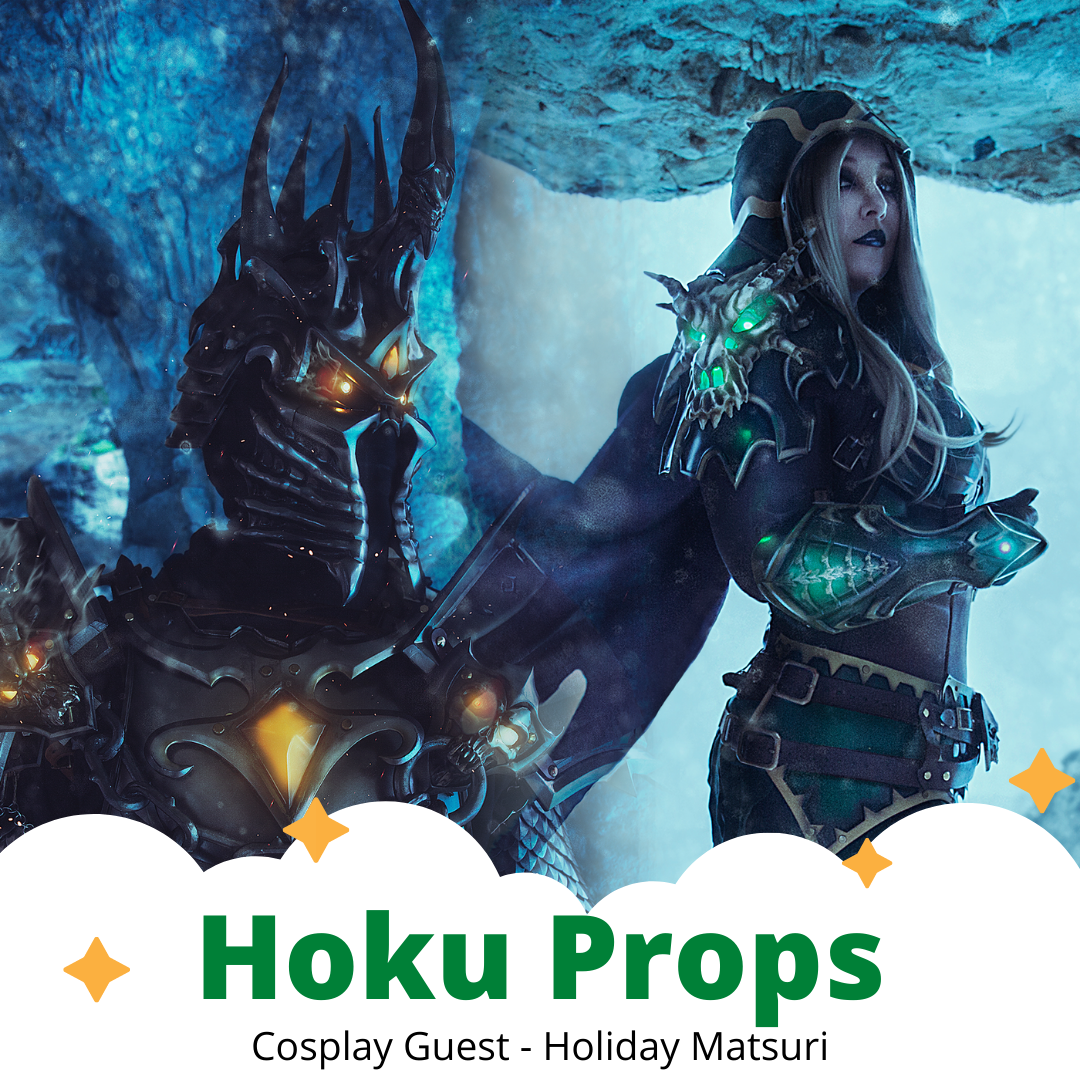 HokuProps is led by propmaker Chad Hoku and seamstress Sammy Hoku. Chad’s background in 3D has him designing cosplays digitally before utilizing different fabrication techniques to make armor, props, and all kinds of costume components. Sammy’s love for cosplay at a young age led her to study fashion/costume design as an adult and uses this knowledge to cover all sewn elements for their cosplay projects. HokuProps is best known for their Lionhardt cosplay which won Grand Prize at TwitchCon’s first Cosplay Contest in 2016 and for cofounding the Ultimate Online Cosplay Championship in 2020.

Chad Hoku is the founder of HokuProps, a small fabrication house based in Southern California, and is best known for winning Grand Prize at Twitch Con’s first ever Cosplay Contest in 2016. Chad began his journey by studying at Gnomon — School of Visual Effects, Games & Animation and eventually graduated with a bachelor’s degree in Business: Arts Management from The University of California, Riverside. In 2020, Chad organized and judged the first Ultimate Online Cosplay Championship and after the contest’s success, he went on to co-found the Ultimate Cosplay, LLC.